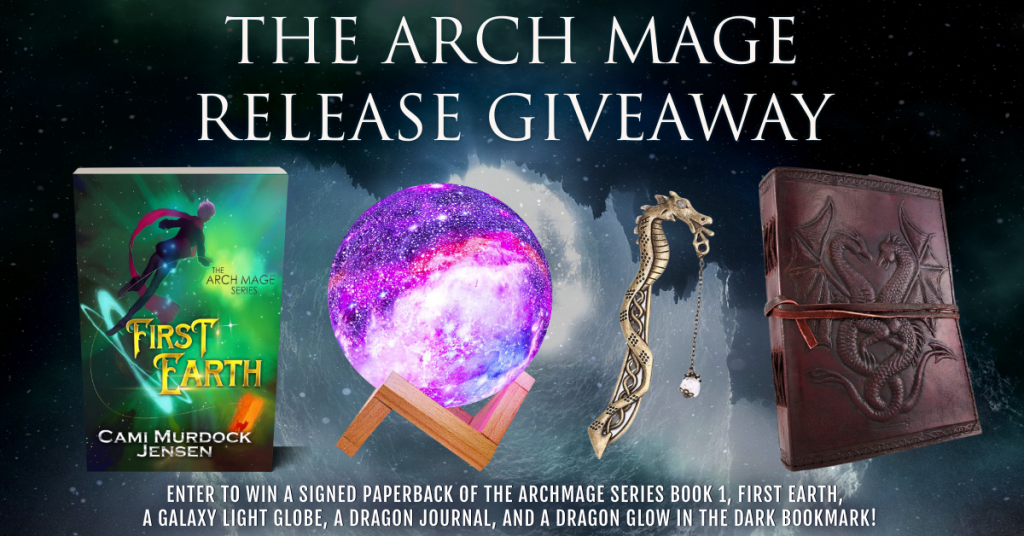 To celebrate the release of the third book in The Arch Mage series, Third Earth, by Cami Murdock Jensen, we’re giving away a signed paperback of book 1, First Earth, a galaxy light globe, a dragon journal, and a dragon glow in the dark bookmark! 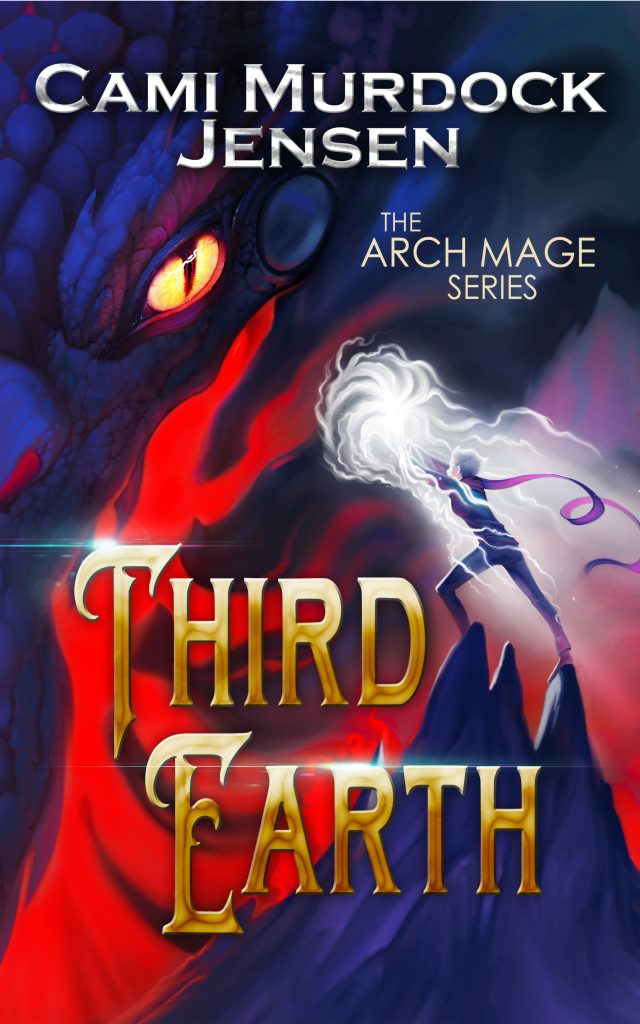 Agnes’ magic is twisted by a curse. Will she be clever enough to avert civil war, or will the dragon planet descend into chaos—and claim her life?

Agnes is settling into her role as Arch Mage after saving her planet from annihilation, when the dragon leader, Menneth, contacts her. Secret radicals threaten Third Earth and Menneth desperately needs her magic to expose them. A terrifying mission, but how can she say no to a dragon?

However, the mission soon becomes far more than expected. Caught in the scheme of an evil mastermind, Agnes is stripped of her allies one by one—even her own magic betrays her. Alone and considered an enemy of dragonkind, the lives of her friends and the peace of Third Earth hang in the balance. Agnes must summon every ounce of courage to survive and fight the sinister dragon manipulator.