The Dragonband authors are pleased to announce

the release of their new anthology,

The Hunters and the Hunted!

You can buy your copy at

The paperback is also available!

“In a world where hundreds of different monsters roam, knowledge is indeed the key. It decides whether a monster-hunter will remain the predator, or become the prey.” Evari Quickblade, Master Valon

In this collection of tales: A minotaur seeks renewed glory for himself and his comrades; a shipful of misfits sails in search of the Beastmother; two Valons find themselves in a smelly situation; a hunter searches the Kitherlund Swamp for the witch that killed his wife.

Get the entire 2-book DragonBand collection for just $1.99 for a limited time! 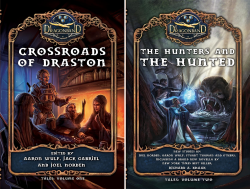 Don’t forget to stop by the awesome launch party on Facebook!

There’s still a chance to win this awesome swag pack and signed paperback! 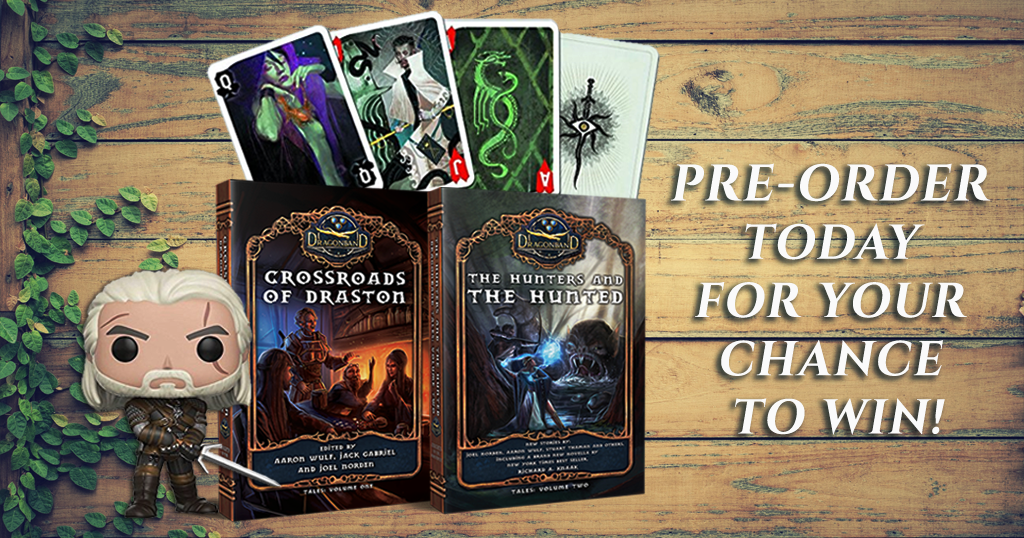 Pre-order Dragonband: The Hunters and the Hunted for your chance to win!

Enter to win signed paperback copies of Dragonband: The Hunters and the Hunted and Dragonband: Crossroads of Draston, one set of Dark Horse Deluxe Dragon Age: Inquisition playing cards, and The Witcher Geralt Funko Pop Figure.

Dragonband: The Hunters and the Hunted Pre-order Contest